Ra Medical Systems’ advanced excimer laser systems are tools for use in the treatment of vascular and dermatological diseases. We believe our products enhance patients’ quality of life by restoring blood-flow in arteries and clearing chronic skin conditions.

We currently manufacture and market two lines of products:

DABRA is our minimally-invasive excimer laser and disposable catheter system that is used by physicians as a tool in the endovascular treatment of vascular blockages resulting from lower extremity vascular disease, a form of peripheral artery disease, or PAD, both above- and below-the-knee.  DABRA breaks down plaque to its fundamental chemistry, such as proteins, lipids and other chemical compounds, eliminating blockages by essentially dissolving them without generating potentially harmful particulates. Unlike many treatments for PAD that may damage the arterial wall, DABRA quickly, photochemically dissolves plaque with minimal vascular trauma.

DABRA has been cleared by the FDA for crossing chronic total occlusions in patients with symptomatic infrainguinal lower extremity vascular disease and has an intended use for ablating a channel in occlusive peripheral vascular disease. In addition, DABRA was granted CE mark clearance in September 2016 for the endovascular treatment of infrainguinal arteries via atherectomy and for crossing total occlusions.

Pharos Excimer Laser is a powerful 308 nm ultraviolet-B excimer laser used by physicians as a tool to treat chronic skin diseases, including psoriasis, vitiligo, atopic dermatitis, and leukoderma. Pharos has FDA clearance to market Pharos in the U.S. for those skin conditions and CE mark clearance for use in the treatment of those skin conditions, as well as market clearance in China and South Korea. 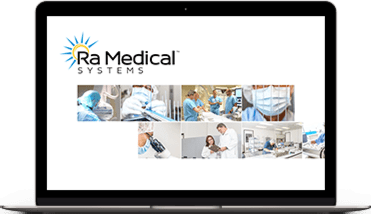 Stay informed and receive company updates straight to your inbox

Having accumulated decades of collective experience across a variety of fields, our leadership team is the source of our success.