Will McGuire has served as our Chief Executive Officer and a member of our board of directors since March 2020. From August 2015 through March 2020 Mr. McGuire served as President and CEO of Second Sight Medical Products (Nasdaq: EYES), a developer, manufacturer and marketer of implantable visual prosthetics to treat blindness where he remains on the board as a director. Prior to Second Sight Medical Products he held leadership positions at Volcano Corporation including President of Americas Commercial and Senior Vice President and General Manager of Coronary Imaging, Systems and Program Management. Prior to that Mr. McGuire served as Vice President and General Manager of Patient Monitoring at Covidien, and President and Chief Executive Officer at AtheroMed, Inc., a venture capital-backed peripheral atherectomy company. For approximately five years, Mr. McGuire served as Chief Operating Officer for Spectranetics Corporation, a publicly traded medical device company with laser-based atherectomy products for treating peripheral and coronary arterial disease. Earlier in his career, he held senior management positions at Guidant Corporation including General Manager of Latin America, Director of U.S. and Global Marketing for Vascular Intervention, and Production Manager for Coronary Stents. Mr. McGuire also held positions in Finance and Production at IVAC Medical Systems. Mr. McGuire received an engineering degree from the Georgia Institute of Technology, and his MBA from the Kenan-Flagler Business School at the University of North Carolina at Chapel Hill. 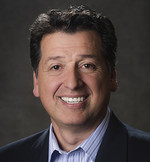 Al Memmolo has served as Vice President, Clinical, Quality and Regulatory Affairs since June 2019. Prior to joining Ra Medical, Mr. Memmolo served as President of Convergent Clinical, Inc., a medical device consulting company. From 2010 to 2017 Mr. Memmolo served as Chief Operating Officer at Dallen Medical, an orthopedic device manufacturer that executed the asset sale of three product lines, including two to Zimmer-Biomet. Prior to Dallen Medical, as a co-founder and managing partner of Salt Creek Medical Device Development and Salt Creek Fund 1, he co-founded and funded three medical device companies. From 2001 to 2006 Mr. Memmolo was Vice President of Clinical, Quality and Regulatory Affairs at Vascular Control Systems, a company focused on women’s health, that was acquired by Ethicon, J&J in 2006. Earlier, at PhotoMedex, a manufacturer of excimer lasers for dermatological disorders, he was Vice President of Clinical and Regulatory Affairs and before that he held engineering positions at Camino NeuroCare, McDonnell Douglas and ALCOA. Mr. Memmolo has an MBA from National University and a B.S. in Chemistry-Geology from Bridgewater State College 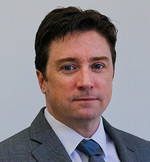 Chris Folk, PhD has served as our Vice President, Engineering since January 2020. From January 2016 through December 2019, Dr. Folk served as the Director of Engineering and Device Manufacturing at ViaCyte, a developer of stem cell-derived cell-device combination products. Prior to ViaCyte, he held leadership and engineering positions at General Electric, Microfabrica, ev3/Covidien, and Amgen. At ev3, Dr. Folk led a catheter R&D team that commercially launched multiple neurovascular products. Dr. Folk received his undergraduate engineering degree from the University of Notre Dame, his master's degree from the University of Cincinnati, and his doctorate from the Samueli School of Engineering at University of California, Los Angeles. Maria Villanueva has served as our Vice President and Compliance Officer since March 2021. From January 2014 until March 2021 Mrs. Villanueva held global and Latin America compliance director roles at Zimmer Biomet an orthopedic device company. Prior to Zimmer Biomet, she held compliance leadership roles in healthcare, trade and internal controls at GE Healthcare, Micrus Endovascular/Johnson & Johnson, Abbott and Motorola. Mrs. Villanueva began her career in public accounting working on assurance and forensic accounting practices at Arthur Andersen. Mrs. Villanueva received a B.S. in Accountancy from DePaul University and an MBA from the University of Miami.