CARLSBAD, Calif.--(BUSINESS WIRE)-- Ra Medical Systems, Inc. (NYSE: RMED), a medical device company focusing on commercializing excimer laser systems to treat vascular and dermatological diseases, today announced that on December 4, 2019, it received a notice from the New York Stock Exchange (the “NYSE”) that it is not in compliance with a NYSE continued listing requirement for maintaining an average total market capitalization of not less than $50 million over a period of 30 consecutive trading days and having stockholders’ equity of not less than $50 million.

The Company intends to submit a plan within 45 days of the notice to the NYSE advising how the Company plans to regain compliance with the continued listing standards within 18 months of the receipt of the notice. If NYSE does not accept the plan or the Company is not in compliance with the continued listing standards at the end of such 18 month cure period, or does not make progress consistent with the plan, NYSE may initiate delisting procedures. The NYSE notification does not affect the Company’s business operations or its Securities and Exchange Commission reporting requirements. During this period, the Company’s common stock will continue to be traded on the NYSE, subject to compliance with other continued NYSE listing requirements.

Ra Medical Systems commercializes excimer lasers and catheters for the treatment of vascular and dermatological diseases. In May 2017, the DABRA laser system and single-use DABRA catheter received FDA 510(k) clearance in the U.S. as a device for crossing chronic total occlusions, or CTOs, in patients with symptomatic infrainguinal lower extremity vascular disease with an intended use for ablating a channel in occlusive peripheral vascular disease. Pharos excimer laser system is FDA-cleared and is used as a tool in the treatment of psoriasis, vitiligo, atopic dermatitis, and leukoderma. DABRA and Pharos are both based on Ra Medical’s core excimer laser technology platform and deploy similar mechanisms of action. Ra Medical manufactures DABRA and Pharos excimer lasers and catheters in a 32,000-square-foot facility located in Carlsbad, California. The vertically integrated facility is ISO 13485 certified and is licensed by the state of California to manufacture sterile, single-use catheters in controlled environments. 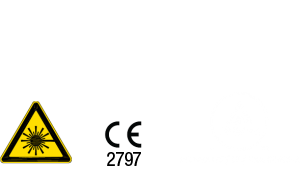